The difference between washing machines: Belt, direct drive and BLDC

The technologies used in washing machines are in two types: belt and beltless.

1- Belt or coal engine
The way to transfer power from the motor to the drum (tank) of the washing machine is done by a belt, which produces high noise and high energy consumption.

2- Beltless motor (Direct Drive)
In these motors, the belt has been removed, which has reduced energy consumption and reduced vibration and noise. These factors have led to an increase in the efficiency of these types of motors. The type of electric current transmission is direct and in the coil in the motor, the diameter There are many wires, which has made the life of these motors long.

3- The BLDC motor is the direct current transmission motor that has been developed.
In beltless technology, which is called (Brushless DC Motor) or BLDC motors (which are called direct current motors without brushes). This type of motors is of the type (Direct Drive) that has been developed and with the improvement of these types of motors The level of efficiency has increased and the amount of noise has decreased, and this type of engine has become more durable. 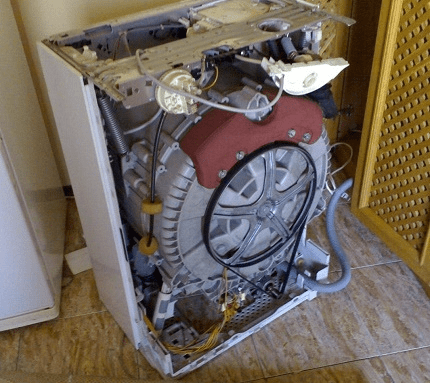 Washing machine with Direct Drive motor
These types of motors entered the market in 2000, which were used in machines without belts. The way of power transmission from the motor is not like that of washing machines with belts, but without a belt and through a shaft. These engines are very powerful, such as high controllability and high productivity and efficiency, they have been welcomed by many. Another advantage of these engines is their ability to save energy. 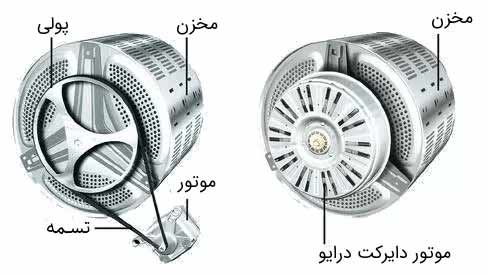 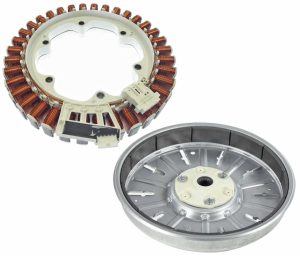 1-belt
Easy repair compared to beltless motors
High noise and vibration due to transmission of power through the pulley
Due to the failure of the belt, the life of these types of engines is shorter, which can be prevented by replacing the belt and checking periodically.

2- Direct Drive
They consume little energy because the number of parts is less than that of conventional motors.
Due to their different structure and new technology, these motors have a long lifespan in addition to reducing energy.
Washing machines with these types of motors are more efficient and effective.
Washing machines without drum or Direct Drive type have less vibration and noise.

This type of washing machine has a higher price due to the difference in the type of motor and power control system.
Due to the new technology they have, they have high repair costs. If the gears break in these types of engines, the entire engine must be replaced. Companies generally offer these types of engines at a high price.

These types of motors have high power and speed, which makes clothes to be washed in the shortest possible time with the best quality. Also, with the development of technology in new washing machines, sensors have been installed in BLDC washing machines, which has caused Washing programs should be done with high precision. 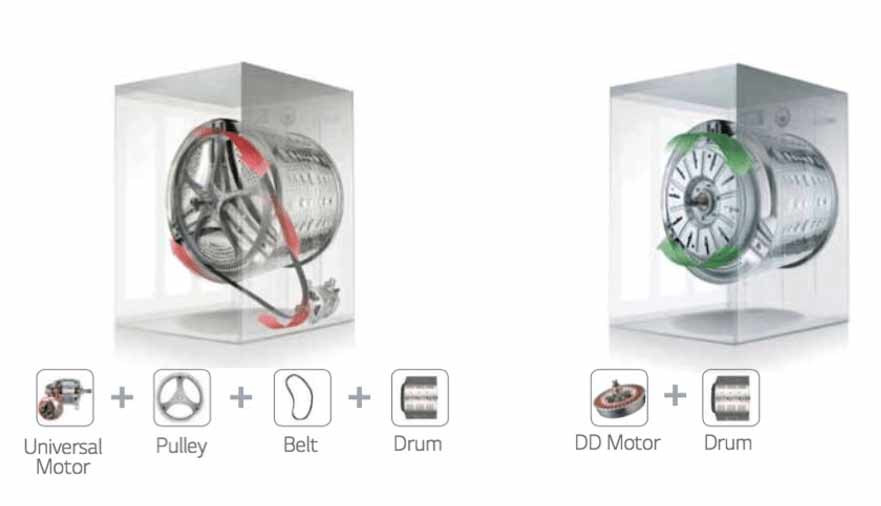 Shopping cart
close
Sidebar
Start typing to see products you are looking for.